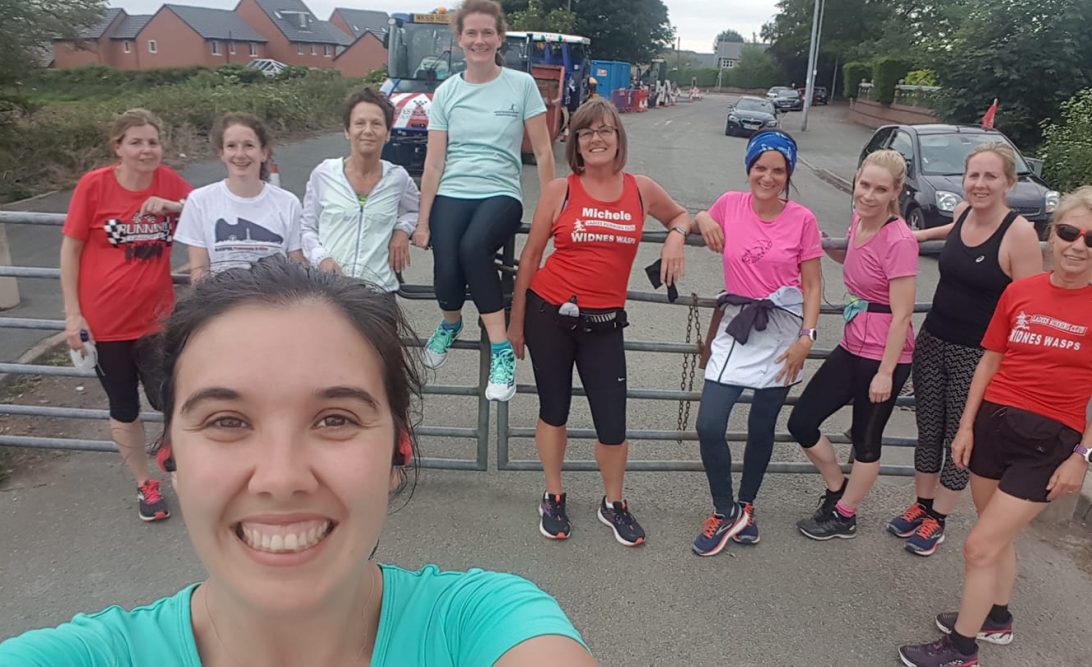 What happened in May? Spring sprung, the flowers began to blossom, the birds started tweeting, the bees buzzed and so did the Wasps. Read on to see what our runners were up to during May.

1st of May saw a little bit of May Madness with Wasps teams, pairs and solo runners rushing to sign up for the Warrington Way Ultra marathon which is hosted by Lymm Runners and takes place in November. The race has become a regular on the Wasps’ calendar and we’ve had teams and solo runners for the last few years, it’s a great event that makes running feel like team work and brings our little family together. This increasingly popular race sells out quickly and indeed sold out on the day with one or two of our pairs missing out…but don’t worry more places were released and all of our teams have signed up. We just need to get out on the route and start training for it now.

Marathon season continued on from April, Rachel took on her 3rd consecutive Windermere marathon and improved on her time yet again. This year saw her achieve her marathon PB on a demanding course. She worked hard training for it and it paid off, congratulations Rachel.

On the same day Nikki, Julie and two of our Helens participated in the Chester half marathon and took a trip into the city after to celebrate their achievements.

The next marathon was part of the ever popular Liverpool Rock n Roll event and there were plenty of Wasps out on the course supporting their team mates. Stacey took on her second marathon in as many months and debuting at the distance was Liz, both achieved great times.

May’s Championship races started off with the Liverpool Spring 10km, there were several Wasps taking part. The great British weather lived up to its reputation and on what had been forecast as a lovely sunny day it chose to provide us with hail and rain instead. Relative newcomer Sue wore the Wasps colours in style for the first time and did herself proud bagging a PB. Stacey and Jo also got PBs on a fast course.

Walton Hall Park 5 miler was next in the Championship races with some of the Wasps heading over there on a Tuesday evening to take on the multi-lap race hosted by Liverpool Running Club. A great evening for Stacey getting her 5 mile PB.

Fylde Coast Running Club hosted the Promenade 10 mile race at the end of the month which was our 3rd Championship race of the month. Joanne headed up there to represent the Wasps and of course enjoy some fish and chips afterwards.

There were Parkrun PBs this month for Rachel, Victoria and Stacey. Congratulations on your achievements this month ladies whether they were recovery runs, training runs or PBs. Big shout out to Stacey with a 5km, 5m ad 10km PB.

The Widnes Wasps LRC calendar is looking buzzy for June, please come back next month to see what we’ve been up to.