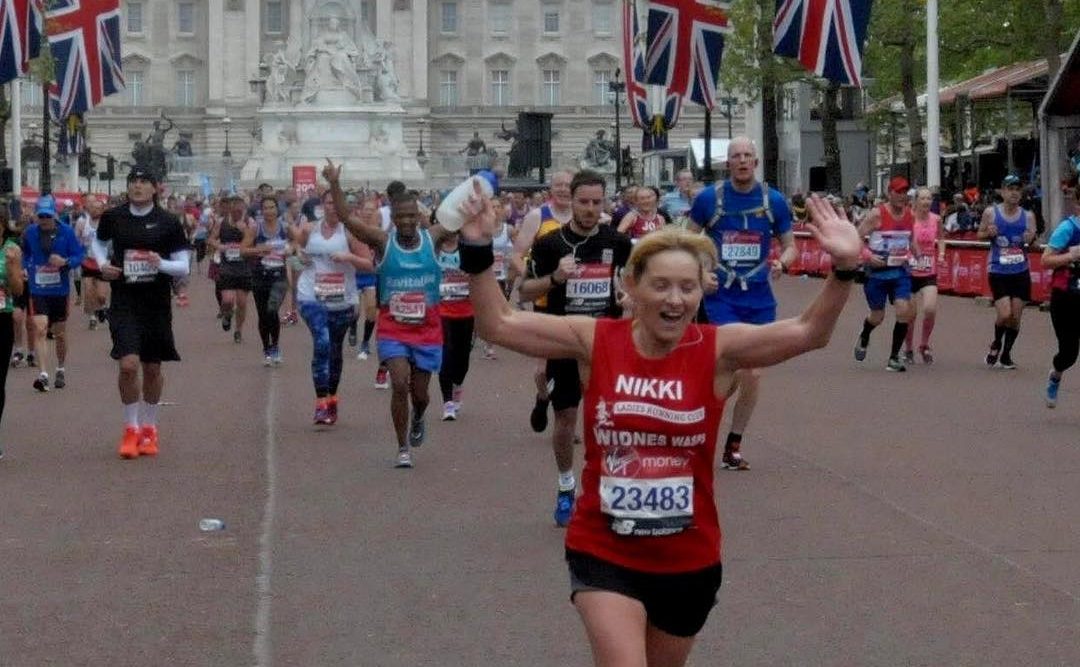 Spring is here and the weather is perfect (almost) for running. For the Wasps it has also brought the start our championship year, the marathon season and races galore. Find out more here in our April round-up.

First up was the Greater Manchester Marathon. We had two Helens, Stacey, and Agata flying the Waspie flag along the full 26.2 miles while Nicola and Helen (yes another Helen) shared the load as a pair our Wasps made marathon running look so much fun!

Then it was the hi-light of the British running calendar with Nicola running her first Virgin Money London Marathon, finally after 15 attempts to get in! With family and fellow Wasps supporting her she had an amazing day. Well done Nic, you did us all proud. We’ll hear all about it from the lady herself later.

Two of our newest Wasps have shown their talent. Victoria ran her first 10k at Tatton Park, from a beginner at parkrun to running a 10k in the space of a few months! Sue has seen her parkrun times improving, hitting PBs on a regular basis and getting that elusive sub 30. Well done both of you.

Meanwhile, Jo and Lynsay have headed out onto the trails again for the 2nd of the Lakeland Trails races, the Hawkshead 16k on a cold but sunny day.

April was also the start of Widnes Wasps championship season with the opening two races seeing runners at the Essar Chester Spring 5k and the Interval Races Hale Village 5 mile. Who wouldn’t get up early on Easter Sunday when there is an Easter egg at the end of a race?

And last but definitely not least, Agata completed her longest run to date when she ran the GB Ultras M2L ultra-marathon. Taking on the challenge of running from Manchester to Liverpool which was just over 52 miles! Agata achieved a silver medal for her hard work and kept running beyond the finish line her well-earned beer. Great achievement Agata.

We are continuing with our effort nights on a Thursday and with the lighter nights approaching, our summer routes have started, I wonder what PBs the summer months will bring? Bring on May.