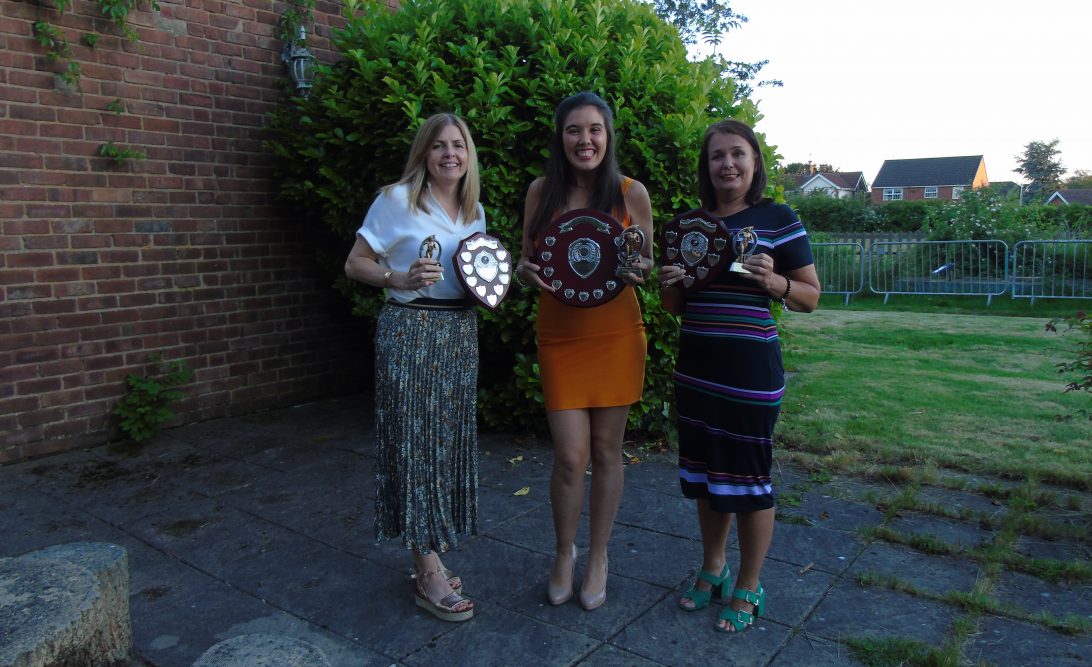 As expected June was busy month for the Widnes Wasps Ladies Running Club and you can catch up with it all here.

For anyone that knows the Wasps you’ll also know that there are quite a few dog lovers amongst us and the 1st of June saw Micky take on his very first Widnes Parkrun with Agata. Apparently he did more than the usual 5km, running around in circles enjoying himself.

On the 9th June Sue headed over to Tatton Park to take part in the Runthrough 10k race, a series a events held on a regular basis at various locations.

The beautiful village of Port Sunlight is the location for the 5k BTR race with Helen M, Stacey, Joanne and Helen D all competing. There was a first in age group for Jo and Helen D and Stacey hit that sub 23 minute target that she has been aiming for. Helen D then went on to run the 10k and also came 3rd in her age category.

Stacey was a lone Wasp when she travelled to Woolston on a Thursday evening for the Warrington 10k and you won’t be surprised to hear she got another PB. Well done again.

Also heading out on her own mid week was Rachel who took on the challenging Robbie Webster Wobbler in Frodsham, the route covers just over 5 miles and almost 1,000ft of elevation. Great running Rachel.

Lynsay headed over to gorgeous Malham for the GB Ultras Pennine Barrier 50 mile Ultra Marathon. With 2593m of ascent and and the wonderful Yorkshire 3 peaks of Pen-y-Ghent, Whernside and Ingleborough as part of the route. This was going to be a tough race. Not helped by the sun Lynsay nailed this race finishing in just over 12 hours and getting a gold medal for her efforts.

While most of us were sitting down with a glass of wine and relaxing at the start of a weekend Agata and Sue went over to Halewood on a Friday evening to take part in the second of the Knowsley Harriers Fab 4 Races that they host each summer. That’s dedication for you.

The same weekend a swarm of Wasps went to Leeds to take part in Endure 24. There were 3 teams; a pair (Nicola and Helen D, The Double Ds), a trio (Helen M, Michele and Julie, Lorra Lorra Laughs and Laps) and a quartet (Helen B, Lynsay, Stacey and Joanne, Bramham BAM Buzzers) with each member taking it in turns to run laps of 5 miles around the grounds of the very picturesque Banham Park over a very hot 24 hours. It was a combination of what all Wasps like drinking, eating, music, fire pits, laughter, good company and of course running, lots of it…each runner covered between 30 and 40 miles. The weekend was topped off with the Braham BAM Buzzers unexpectedly winning 3rd place in the ladies small team category.

But for the Wasps June was all about the annual awards presentation night when we ditch our running gear and get dressed up. Of course it has to be said that we do scrub up well. The evening started with Club Secretary Susan summing up what it means to be a Wasp. We don’t only support each other with our running goals offering advice and joining each other on training runs but we are also there for each other in our day to day lives and celebrating the good times together and helping each other through the hard times, we’re a family. This was followed by a buffet provided by the club with donations for it going to Alzheimer’s Society. Then it was time for the awards with plenty of our members receiving trophies for achieving race Standards. Our three championship awards are Most Improved, Runner up Athlete and Athlete of the year. Helen Beckett won Most Improved, Joanne Mcgillicuddy took home the Runner up  and the Athlete of the Year went to Stacey Clark, each of them has worked hard over the previous 12 months to deservedly take away these trophies.