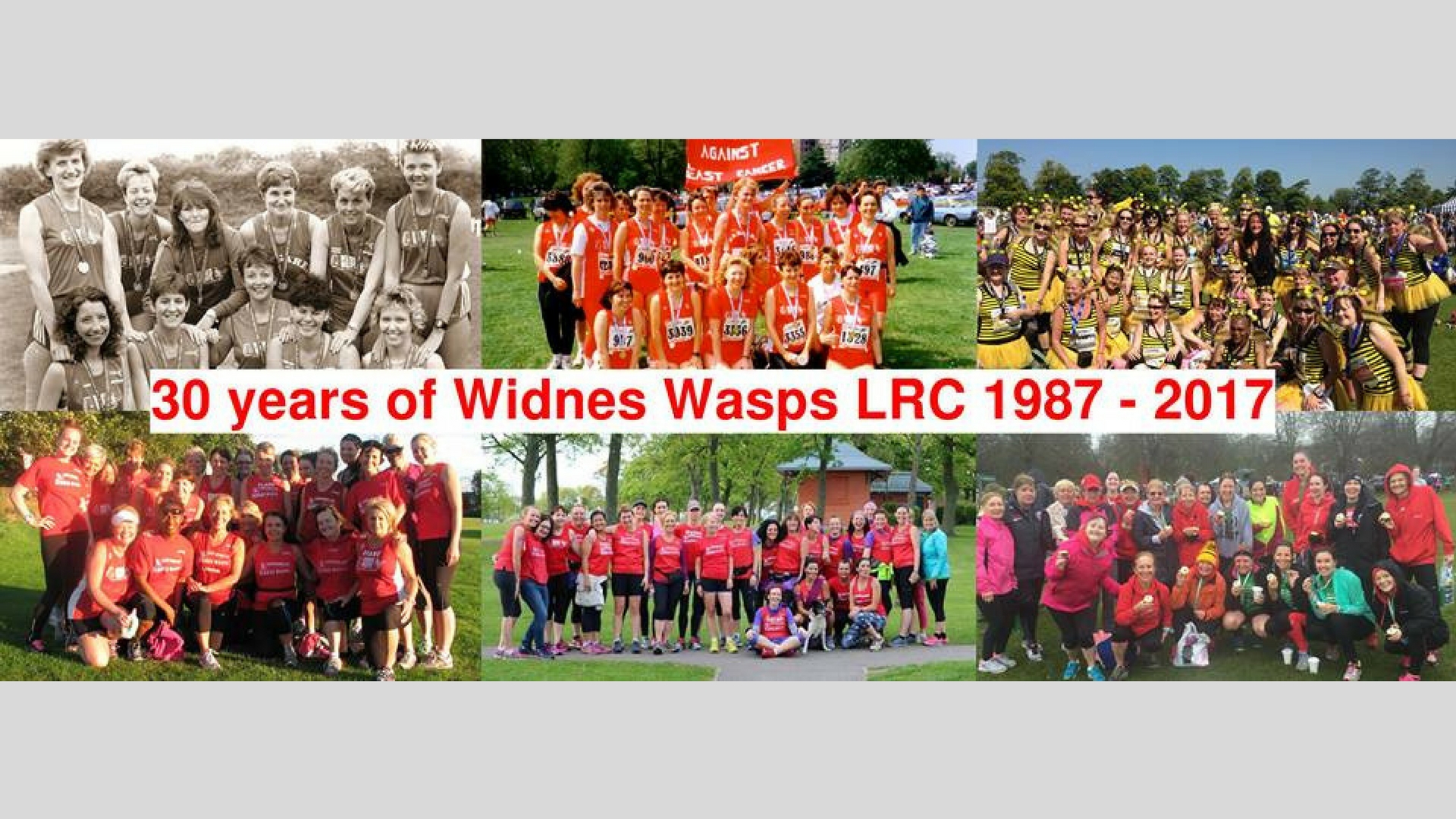 Wow! When did that happen? The past thirty years have gone whizzing by, and not just because we’ve been sprinting to the finish.

In 1987, a group of pioneers, fed up with watching their other halves have all the fun on the rugby pitch, decided to don a pair of jogging bottoms and laced up their Green Flash, and hit the streets for a run, perhaps not realising the impact they’d have on local sporting achievements and on women in general.

And, I’m not exaggerating by calling these ladies pioneers. In the decade of electro-pop, big hair and Jane Fonda workout videos, it was almost unheard of that a woman would go out for a jog at all, let alone on her own. But, it was the courage and enthusiasm of this special group of women, that paved the way for the Widnes Wasps as we know them today.

With the support of coach (name), the Wasps soon became a common sight on the streets of Widnes, wearing their trademark red vests. In fact, as a youngster, an early memory of mine involved waving at these Wasp women from a car going over Prescot Road bridge, and asking my dad, ‘when do I get to be one of them?’. Already, the Wasps were leaving their own footprints on history, as a generation of little girls would never question whether running was for them.

Already, the Wasps were leaving their own footprints on history, as a generation of little girls would never question whether running was for them.

Over the years, the jogging bottoms have been swapped for breathable lycra mesh and the Green Flash for gel padded lightweight trainers, but regardless of the kit, underneath, the Wasps have kept their grass-root values of hard-work, determination and inclusivity.

Growing faster, and stronger, each generation of Wasps has passed their experience to younger members, with inspiring stories of races run and trophies won over thirty-year careers, and there’s no sign of us slowing down just yet.