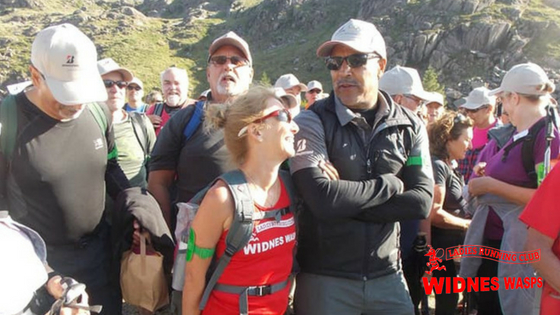 A few weeks ago, when perusing Facebook (anyone who knows me will agree that I hardly ever log in….) I read a post shared by ‘Our Clur ‘. 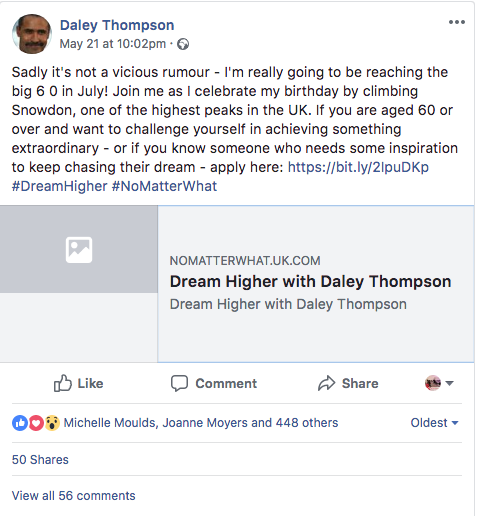 It transpired that Daley Thompson was turning 60 and he wanted to celebrate it in a very public way.

For those youngsters who may not know, Daley was a fantastic sportsman who won the decathlon gold medal at the Olympic Games in 1980 and 1984, and broke the world record for the event four times. He was also a bit of a maverick.

His idea was to take 60 people over 60 on a climb up Snowdon which would be filmed for promotion purposes. I thought it looked like fun although I didn’t feel brave enough to go alone. Billy, my husband, said he would apply too. I was confident that it would come to nothing so the applications were filled in and sent.

Believe it or not I am quite shy.

We were both selected. I panicked. I wanted to pull out. The organisers rang Billy to find ask if we were going. There were going to be 60 of us, we wouldn’t be noticed, so we said yes.

Then I got a phone call. They thought I had an interesting story as my application mentioned my gammy knee and my fear of stressing it on a mountain climb. They wanted to feature us as a couple. I asked to think about it.  I talked it over with Billy and agreed to the filming, after all they would soon find out how boring we were. Linda incentivised me by suggesting I could publicise Wasps, and I couldn’t let that opportunity pass.

We were interviewed in a hotel in Caernarfon prior to meeting Daley and having dinner the evening before the climb. I found it embarrassing but Billy was with me and the team were lovely. We had to remove our watches because of sponsorship restrictions. 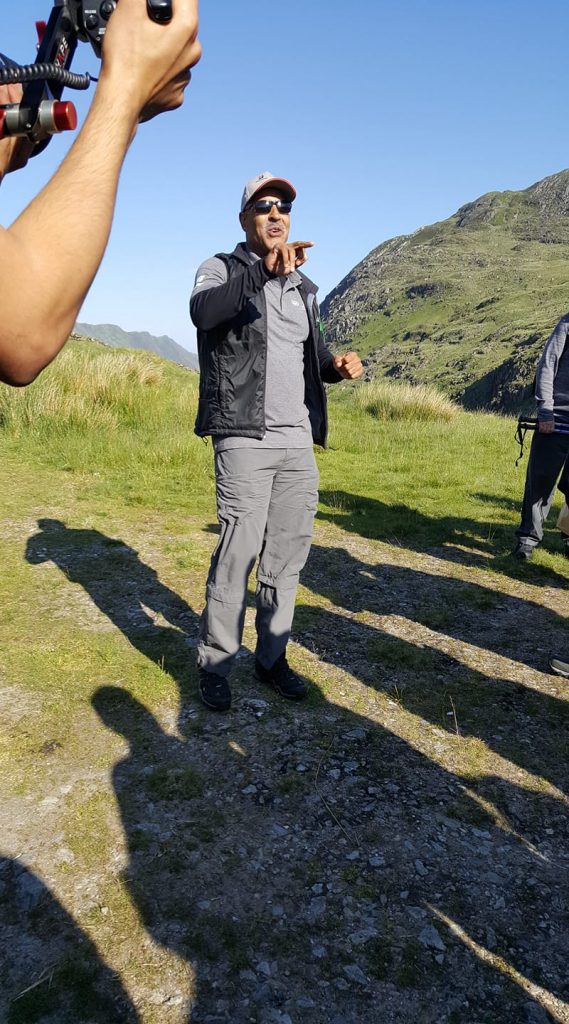 The next morning we were up at 5am, it was going to be a sunny, hot day. We breakfasted as a group and were then bussed to our starting point. Bearing in mind my mission, I wore my Wasp vest and sidled up to Daley for the group photos. I even extended an invite to the club.

We were ascending via the Pyg track. It was hard going with big steps for my short legs. I enjoyed it. Every time I hauled myself over a rock the camera crew and photographer were lurking to record my efforts, they told me to stop looking so happy , urging me to make it look harder.

Daley popped up every now and again with some non conformist motivation such as, “Hurry up, you lot, I want my lunch”.

We were interviewed on the way up and at the top where Fabricio from the production team taped over my Wasp logo!

The views were tremendous and I realised that I had fulfilled a dream which I thought I had left too late.